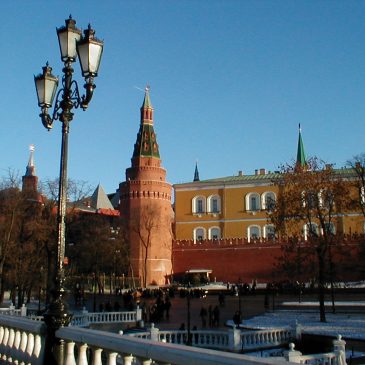 Trump and DeVos’ Lack of Focus on Quality in Education

Where is the Quality?

Charter Schools are Not the Only Private Choice for Public Schools

Education Secretary Betsy DeVos on Tuesday delivered a gut check to thousands of charter schools advocates gathered in Washington, D.C., reminding them that when it comes to school choice they are not the only player. “Charters’ success should be celebrated, but it’s equally important not to, quote, ‘become the man,’ Devos said at the annual conference of the National Alliance for Public Charter Schools. The three-day conference in the nation’s capital convened charter school advocates of all persuasions, including those who support private school choice and those who do not – two camps whose philosophical divide has recently grown in large part due to proposals in the president’s budget request.

But, as DeVos has done in past speeches, she used the opportunity to tout the administration’s private school choice agenda without providing details about what, exactly, that looks likes.

“We must recognize that charters aren’t the right fit for every child,” she said. “For many children, neither a traditional nor a charter public school works for them. “Attendees lamented the fact that DeVos did not more specifically address concerns about quality and accountability, particularly when it comes to how the administration would ensure that taxpayer dollars for a federal private school choice program are used effectively. “She was vague and nebulous and she kept repeating herself,” says Kayla Meadows, a kindergarten teacher at River Oak, a charter school in Ukiah, California, where she’s taught for 17 years. “There was no substance.”

Meadows, who is working with a cohort of teachers and the Annenberg Institute for School Reform to develop a set of high-quality standards for charter schools, says her biggest qualm with DeVos and the administration is what she considers a lack of focus on quality. “She keeps talking about giving parents more choices, but you have to have accountability,” Meadows says – something she said she believes would be difficult to execute with a voucher or tax credit scholarship program that allows students to attend private schools.

But as the virtual schools have expanded, so have questions about their effectiveness. Large swaths of Pennsylvania kids leaving a brick-and-mortar school for one of the virtual charter alternatives went to one with lower math and reading performance, according to research based on the 2009-2010 school year compiled by the Pennsylvania General Assembly’s Center for Rural Pennsylvania.

Success in these schools depends on a child’s ability — or a parent’s enforcement — to stay on task with no teacher in the room, researchers say. (Politico Reporting)

ALBUQUERQUE, N.M. (KRQE) – He started one of the most prominent charter schools in Albuquerque, but Wednesday, he admitted to stealing millions and lying to the FBI. Scott Glasrud used to be the head of the Southwest Learning Centers, representing three different charter schools. Now, Glasrud faces up to five years in federal prison.

When looking for a guide to research, one trusted place is the “The Institute of Education Sciences (IES) is the statistics, research, and evaluation arm of the U.S. Department of Education. We are independent and non-partisan. Our mission is to provide scientific evidence on which to ground education practice and policy and to share this information in formats that are useful and accessible to educators, parents, policymakers, researchers, and the public.” Thomas W. Brock, commissioner of the National Center for Education Research, has been delegated the duties of IES director.

Adding to the growing debate and evidence base on the effects of charter schools, this evaluation was conducted in 36 charter middle schools in 15 states. It compares the outcomes of 2,330 students who applied to these schools and were randomly assigned by lotteries to be admitted (lottery winners) or not admitted (lottery losers) to the schools. Both sets of students were tracked over two years and data on student achievement, academic progress, behavior, and attitudes were collected. The study is the first large-scale randomized trial of the effectiveness of charter schools in varied types of communities and states.