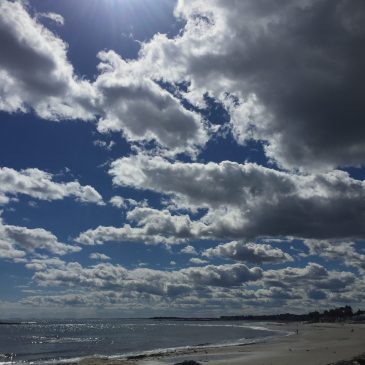 Talking to the Past in order to Research Arts Education

The study of art education is grounded in knowing the work of past masters in painting, dance, theatre and music. The importance of this approach rests on the wisdom of knowing what was produced before you produce your work of art. An example is that through the study of how architects calculate the load on roofs helps today’s architect to design safe buildings; the study of Picasso helps today’s painter to consider how to paint outside traditional lines; and the study of Stanislavsky helps today’s theatre director to push the boundaries of her current play.

This study of the past is meant to be a dialogue that informs today’s artistic decisions and this is especially important to researchers in arts education. When I need to talk to the past I turn to trusted literature reviews and one of my favorites is Burnaford’s “Arts Integration Frameworks, Research & Practice: A Literature Review” (Washington, DC: Arts Education Partnership). I go back to this literature review time and again to ground myself in the past, argue with their definitions, and move forward to the present. Here is one example from this review. In order to research better, I advise you to talk to this literature review. See if it helps inform, challenge and advance your thinking. It often helps me and it might surprise you. The entire review is available online:

There have long been advocates for arts education in the public schools. Utah founded the first state arts agency in 1899 and by the middle of the twentieth century, civic organizations such as museums and symphonies regularly began to schedule educational activities as part of their missions (Remer, 2003). The New Deal provided public support of the arts, which resulted in artists working with schools, but the primary opinion, despite Dewey and the Progressives, was that the arts were enrichment or primarily for the wealthy or talented. Public support engendered through the Kennedy administration’s appointment of a special consultant for the arts was extended during the era of Johnson’s Great Society. In 1965, the Rockefeller Brothers Fund produced a set of recommendations calling for the nurturing of children’s appreciation for great art.

The formation of the National Endowment for the Arts (NEA) spearheaded support for artists in schools initiatives in the 1960s, which contributed to a burgeoning interest in arts integration. The economic downturn of the mid to late 1970s, followed shortly by the publication of A Nation at Risk, worked to undo many of the Johnson administration’s efforts to advance the arts. The NEA shifted its focus and began emphasizing professional development of teachers and artists working in schools. Arts Integration The idea of arts integration is related to structural, conceptual, and philosophical notions that are connected to curricular movements in schools. In the early twentieth century, the organization of the secondary school curriculum as a series of distinct subject areas, while persistent, was also consistently challenged (Cruikshank, 2000).

In 1918, the Cardinal Principles of Secondary Education report recommended the organization of the curriculum around major themes, including health, fundamental processes, and civic education. Integrated curriculum, as well as “correlated curriculum,” “fused curriculum,” and “project curriculum” all were touted as improved means to prepare young adults for adult life (Cruikshank, p. 179). William Heard Kilpatrick, a collaborator and colleague of John Dewey, outlined the “project method,” which was a precursor to later integration approaches.

Kilpatrick’s article “The Project Method” (1918) described this approach, proposing that the interests of children be the units or themes of study, thus making learning more relevant and meaningful. Dewey responded in 1931 during a speech at Harvard University. He stated that neither of the two ways of organizing the curriculum—by subject and by project—would clarify the curricular “confusion” that was apparent. Dewey proposed that subjects be reorganized so that “the interdependence of knowledge and the relationship between knowledge and human purpose would be made clear” (Kliebard, 2004, p. 149). There needed to be a study of “the interrelation of subjects with one another” in order to determine how they might work together to “increase both intellectual curiosity and understanding, while disclosing the world about us as a perennial source of esthetic delight” (Burnaford, G., Brown, S., Doherty, J., & McLaughlin, H. J. (2007). Arts Integration Frameworks, Research & Practice: A Literature Review. Washington, DC: Arts Education Partnership. p. 150).