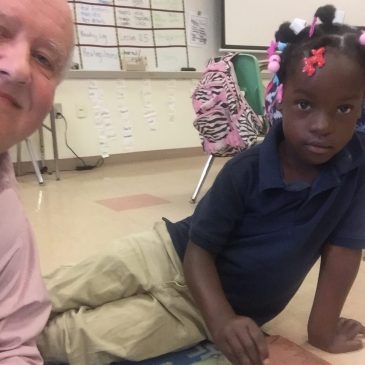 I was trained in urban universities who naturally study urban schools and students at risk. In twenty years of research on the arts and student achievement I find that the arts help these students achieve at greater levels. In my reports I detail the demographics of these populations by including the % of students who qualify for free and reduced lunch. Although this demographic speaks to some of the risks that our urban students face, my research keeps finding more risks and more benefits. The arts are a protective influence on these students at risk, but their risks are not just poverty, not just urban, and not just easy to identify. In fact, the larger issue is that students face a range of Adverse Childhood Experiences (ACE) more generally called, “Childhood Trauma,” that we now know should be included when defining the risk students face to advancing their learning.

“The term Adverse Childhood experience (ACEs) refers to a range of events that a child can experience, which leads to stress and can result in trauma and chronic stress responses. Multiple, chronic or persistent stress can impact a child’s developing brain and has been linked in numerous studies to a variety of high-risk behaviors, chronic diseases and negative health outcomes in adulthood such as smoking, diabetes and heart disease. According to the CDC, Adverse childhood experiences are broken down into three groups including abuse, household challenges, and neglect. The presence of adverse childhood experiences can lead to risky health behaviors, chronic health conditions, and low life potential or early death” (Child and Adolescent Health Measurement Initiative, CAHMI).

From Sesame Street to Main Street, parents and educators are working hard to bring these risks to a more general popluation as well as more carefully defining who is at risk for ACEs. Although researchers are generally aware of these Adverse Childhood Experiences, their research could be defined, controlled for, and explained with better measurement of childhood risks.

“October 6, 2017: As a part of the Sesame Workshop’s “Sesame Street in Communities” initiative on helping children cope with traumatic experiences, the CAHMI has developed a fact sheet on the prevalence of Adverse Childhood Experiences (ACEs) among US children and youth, using newly released data from the 2016 National Survey of Children’s Health. This fact sheet is the first in a series of briefs that will explore ACEs along with factors that can mitigate the effects of trauma and toxic stress, including family relationships & resilience, social & emotional skills, and family-centered care. Additionally, we have created a high-level summary that gives an overview of the National Agenda to Address ACEs, recently published in Academic Pediatrics” (Child and Adolescent Health Measurement Initiative, CAHMI).

For example, many school reform strategies define the logic model as:

The logic model for research in education could be more accurately refined if these new factors were more accurately defined and measured. A new logic model, based on the increased accuracy needed to measure the risk factors of ACEs, may begin to look like this list put together by Robert Wood Johnson Foundation:

Supportive relationships and teaching resilience skills can mitigate the effects of ACEs.

“ACEs and other traumatic events don’t just affect an individual child—families, neighborhoods and communities all bear the brunt of these difficult circumstances, which add up over time,” said Christina Bethell, PhD, director of CAHMI. “If a child’s stress and unhealed trauma leads to acting out in class, that disruption is felt by the other children in the room as well as the teacher. These impacts require the healing of trauma at a family, community, and societal level. Practitioners and policymakers should respond to these new data by advancing strategies that can both prevent ACEs in the first place and support families and communities as they learn and heal.”

The Robert Wood Johnson Foundation supports a range of policies to help prevent ACEs from occurring, and help families respond to them, including:

The links provided in this post point to a much larger role that defining students at risk should play in educational definition, design and policy recommendations.