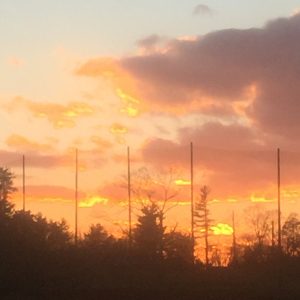 Finding Balance with the Use of Cell Phones, Technology and The Media

Concerns About Cell Phone Use

There are a lot of reasons to be concerned about our children’s use of their phones and the implication that we all need to be better about understanding how much and to what degree we use technology and the media. If the concerns could be summarized quickly, and this issue is often more complicated than simple summary would allow, this issue boils down to a need for balance in the face of an overwhelming opportunity to connect with others through the cell phone. If the phone use, or the time taken to use the phone, or the content sampled on the phone, or the people who your children call or text is a problem, the more general summary conclusion is not to pretend we can easily take the phone away or wish the technology away or to blame the choices that media use provides us, but to accept that the bridge technology use affords us is bursting with good choices and littered with bad choices.

The more general summary conclusion when faced with so many choices is to help our children and our selves find more balance. One way to do that would be to find ways to limit phone use, limit who can be contacted, and limit the content that can be sampled. Another way to find balance is to teach balance strategies to our children. A third way is to have more conversation about this with each other and our children. A fourth way is to blend strategies for success and limit bad choices for the young to make. The letter below to Apple from those who invest in Apple is worth reprinting here, as it is well written, clearly lays out options, opens the dialogue and establishes a voice for limits that has previously been unheard from, the investor in these technologies.

OPEN LETTER FROM JANA PARTNERS AND CALSTRS TO APPLE INC.

JANA Partners LLC and the California State Teachers’ Retirement System (“we” or “us”) collectively own approximately $2 billion in value of shares of Apple Inc. (“Apple” or “you”).  As shareholders, we recognize your unique role in the history of innovation and the fact that Apple is one of the most valuable brand names in the world.  In partnership with experts including Dr. Michael Rich, founding director of the Center on Media and Child Health at Boston Children’s Hospital/Harvard Medical School Teaching Hospital and Associate Professor of Pediatrics at Harvard Medical School, and Professor Jean M. Twenge, psychologist at San Diego State University and author of the book iGen, we have reviewed the evidence and we believe there is a clear need for Apple to offer parents more choices and tools to help them ensure that young consumers are using your products in an optimal manner.  By doing so, we believe Apple would once again be playing a pioneering role, this time by setting an example about the obligations of technology companies to their youngest customers.  As a company that prides itself on values like inclusiveness, quality education, environmental protection, and supplier responsibility, Apple would also once again be showcasing the innovative spirit that made you the most valuable public company in the world.  In fact, we believe that addressing this issue now will enhance long-term value for all shareholders, by creating more choices and options for your customers today and helping to protect the next generation of leaders, innovators, and customers tomorrow.

More than 10 years after the iPhone’s release, it is a cliché to point out the ubiquity of Apple’s devices among children and teenagers, as well as the attendant growth in social media use by this group. What is less well known is that there is a growing body of evidence that, for at least some of the most frequent young users, this may be having unintentional negative consequences:

Some may argue that the research is not definitive, that other factors are also at work, and that in any case parents must take ultimate responsibility for their children.  These statements are undoubtedly true, but they also miss the point.  The average American teenager who uses a smart phone receives her first phone at age 10vii and spends over 4.5 hours a day on it (excluding texting and talking).viii  78% of teens check their phones at least hourly and 50% report feeling “addicted” to their phones.ix It would defy common sense to argue that this level of usage, by children whose brains are still developing, is not having at least some impact, or that the maker of such a powerful product has no role to play in helping parents to ensure it is being used optimally.  It is also no secret that social media sites and applications for which the iPhone and iPad are a primary gateway are usually designed to be as addictive and time-consuming as possible, as many of their original creators have publicly acknowledged.x  According to the APA survey cited above, 94% of parents have taken some action to manage their child’s technology use, but it is both unrealistic and a poor long-term business strategy to ask parents to fight this battle alone.  Imagine the goodwill Apple can generate with parents by partnering with them in this effort and with the next generation of customers by offering their parents more options to protect their health and well-being.

To be clear, we are not advocating an all or nothing approach.  While expert opinions vary on this issue, there appears to be a developing consensus that the goal for parents should be ensuring the developmentally optimal amount and type of access, particularly given the educational benefits mobile devices can offer.  For example, Professor Twenge’s research cited above has revealed peak mental health levels among teenagers who use devices 1 hour or less a day, with teens engaging in this limited use happier than teens who do not use devices at all.  According to a study of more than 10,000 North American parents conducted by researcher Alexandra Samuel, the children of parents who focus primarily on denying screen access are more likely to engage in problematic behaviors online than the children of parents who take an active role in guiding their technology usage.xi  Likewise, researchers at the University of Pittsburgh Center for Research on Media, Technology, and Health have found that while using a high number of social media platforms daily is linked to depression and anxiety in young adults, using a limited number does not have the same impact.xii

While these studies (and common sense) would suggest a balanced approach, we note that Apple’s current limited set of parental controls in fact dictate a more binary, all or nothing approach, with parental options limited largely to shutting down or allowing full access to various tools and functions.  While there are apps that offer more options, there are a dizzying array of them (which often leads people to make no choice at all), it is not clear what research has gone into developing them, few if any offer the full array of options that the research would suggest, and they are clearly no substitute for Apple putting these choices front and center for parents.  As Apple understands better than any company, technology is best when it is intuitive and easy to use.  More importantly, technology will continue to evolve as time goes on and play a greater and greater role in all of our lives.  There is a developing consensus around the world including Silicon Valley that the potential long-term consequences of new technologies need to be factored in at the outset, and no company can outsource that responsibility to an app designer, or more accurately to hundreds of app designers, none of whom have critical mass.

This is a complex issue and we hope that this is the start of a constructive and well-informed dialogue, but we think there are clear initial steps that Apple can follow, including:

It is true that Apple’s customer satisfaction levels remain incredibly high, which is no surprise given the quality of its products.  However, there is also a growing societal unease about whether at least some people are getting too much of a good thing when it comes to technology,xiii which at some point is likely to impact even Apple given the issues described above.  In fact, even the original designers of the iPhone user interface and Apple’s current chief design officer have publicly worried about the iPhone’s potential for overuse,xiv and there is no good reason why you should not address this issue proactively.  As one of the most innovative companies in the history of technology, Apple can play a defining role in signaling to the industry that paying special attention to the health and development of the next generation is both good business and the right thing to do.  Doing so poses no threat to Apple, given that this is a software (not hardware) issue and that, unlike many other technology companies, Apple’s business model is not predicated on excessive use of your products. In fact, we believe addressing this issue now by offering parents more tools and choices could enhance Apple’s business and increase demand for its products.

Increasingly today the gap between “short-term” and “long-term” thinking is narrowing, on issues like public health, human capital management, environmental protection, and more, and companies pursuing business practices that make short-term sense may be undermining their own long-term viability. In the case of Apple, we believe the long-term health of its youngest customers and the health of society, our economy, and the Company itself, are inextricably linked, and thus the only difference between the changes we are advocating at Apple now and the type of change shareholders are better known for advocating is the time period over which they will enhance and protect value. As you can imagine, this is a matter of particular concern for CalSTRS’ beneficiaries, the teachers of California, who care deeply about the health and welfare of the children in their classrooms.

While you may already have started work on addressing the issues raised here, we would nonetheless appreciate the opportunity to discuss this matter further with the board to bring in a wider range of voices. We also encourage you to discuss this matter directly with Dr. Rich, Professor Twenge, or any member of JANA’s board of advisors for our new impact investing fund, which includes Patricia A. Daly, OP, Professor Robert G. Eccles, Sting, and Trudie Styler. In the meantime, should you wish to contact us we can be reached at (212) 455-0900 or (916) 414-7410.