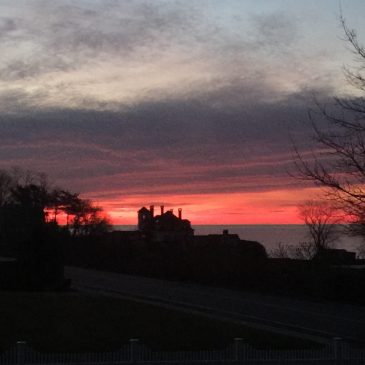 One of the things I learned at the most recent Learning and the Brain conference in Boston was Jerome Kagan’s theory that after 100,000 years humans have a tough time thinking this is not all about them! Kagan’s talk looks at the big picture with some surprising thoughts. His nihilistic view is that life is a series of accidents without meaning caused by events that are unfathomable. And this is where he says that people rage wildly against the ghosts of meaning rather than accept their random life.

I take the opposite view that we are always making meaning by searching for patterns and even a brief study of the history of mankind shows success in human happiness through understanding the patterns of life. What I found more helpful about his talk was the notion of genetic and experiential vulnerabilities, that, are susceptible to triggers in bad circumstances and lead to unhappiness. I will try to represent his views in the paragraphs below.

To be clear, the nature vs. nurture dynamic is short-hand for a much more complicated set of ideas…which Kagan frames as genetic and experiential vulnerabilities that determine outcomes from circumstances that are good or bad. For example, parents are hoping their children have some talents in music, math or language let’s say, and do not have cognitive compromises. Parents hope their children can deal with uncertainty and if they cannot, they know that their children will be more anxious.

Kagan talks about how lower or upper class rankings do much to influence development including providing agency and confidence in upper class homes and introducing shame or guilt into lower class homes because of the adverse effects of poorer health, less food, poorer schools and crime.

Kagan thinks that accepting one’s fate and making the best of it is critical to success and less maladaptive personalities. Having compassion for others and not being egocentric all the time also helps. But four things I picked up from him that I think are well worth ending on are four advances in using our brains: We are better at picking up on other people’s feelings, thought and intentions; the emergence of symbolic language and categories that parse the world in different ways from schemata; a moral sense of what is right and wrong; and an awareness of our own thoughts and feelings and self. I would agree with these four advances in our brains and add that this what good teachers are teaching for in part—the understanding of wildly raging against the ghosts and the sense we are making of the world, the patterns we can observe and learn from, and the legacy of our work in improving the human condition.