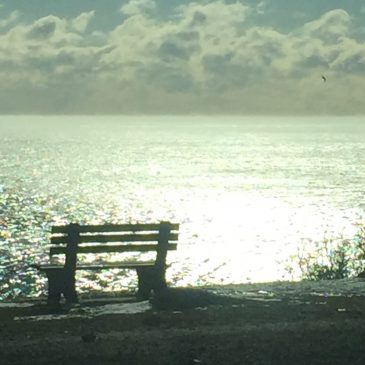 There is No Hitching Post in the Universe, Except, Maybe Creative Interpretation

In working out the relationship between quantitative and qualitative research I came across Einstein’s phrase: “There is no hitching post in the universe—as far as we know.” Einstein’s famous way of explaining his theory of Relativity was related to the movement of light, which is steady, and the movement of everything else around it, which is not steady. In my work on arts and education, school reform and policy, I try to present both quantitative and qualitative data by weaving them together. I believe that this approach is most inclusive of different types of data. In my research, different types of data are not more objective than other types of data. Their usefulness to my work depends my creative interpretation of the data.

By now we have all heard and understood that objectivity is the research goal but the nagging question is that it might also be that all data and its interpretation is relative! I know I tread on sacred ground here, i.e., you may disagree with me and the Einstein quote above, but, what I mean is that simply deciding to research a particular problem in educational research is a bias that should always be acknowledged. Meantime, using the best data you can gather, the best measurement analysis you can marshal, and the best conclusions you can synthesize is the role of rigorous research to help bring answers to important educational questions.

And I do think that we are constantly getting things wrong in research. For example, using SAT scores alone or as a cut-score to determine a student’s status for a college admission decision. Stephen Jay Gould in the Mis-Measure of Man has a great sentence that wraps up the complexity of our work:

Science is rooted in creative interpretation. Numbers suggest, constrain, and refute; they do not, by themselves, specify the content of scientific theories. Theories are built upon the interpretation of numbers, and interpreters are often trapped by their own rhetoric. They believe in their own objectivity, and fail to discern the prejudice that leads them to one interpretation among many consistent with their numbers.

Did I mention that I am trapped by my own rhetoric? I love my own objectivity. I have no prejudice that would influence my research. I alone can research (insert your favorite research topic) so listen to my results! Sound familiar?

What is Your Viewpoint?

So it isn’t that complicated to say that we all look at the same things but interpret them differently. In fact their sameness is probably not a fully correct way of talking about them either! Researchers identify important questions based on previous researchers and their work in defining that work. In research literature reviews, authors naturally introduce a second bias of whose ideas they admire, from their original viewpoint, or first bias of their own ideas. A third bias occurs when they decide how to gather their data—what is their sample, and how will they analyze it? By now the conclusions are simply driven by a view point that is only theirs.

Quit Now While You Are Behind!

Researchers in education, “Don’t quit!” It is all biased, but it is all that we have to work with—our viewpoint. And really, what other viewpoint would you work so hard for? And most important, at least to previous authors, is their implied question to you, “were you listening to what they said?” Previous researchers pointed out the pitfalls of their work, their line of thinking, and their conclusions. And if you listened to them, you side-stepped some of those pitfalls, prejudices, and biases to deliver research that advances the thinking of the field! Did you carefully identify, collect and analyze your data? You may have made a contribution to our shared literature! Well done.

Finally, did you creatively interpret the results so that other researchers will learn from your work? I mean by this, did you draw out of the data the best conclusions—and this is the most important part—did you think carefully enough about how your creative interpretations describe the next possible steps of the work, so that other researchers can carry on? They need your creative thoughts and hunches to fully understand your direction and to move on from your work. If so, well done. Thank you for getting this far. Thank you for trying to do the impossible—advance your ideas based on other authors and their ideas! Thank you for doing this research work despite the reality that there is a lack of a hitching post in the universe to guide us. Thank you for following your creative thought that rides, however uneasy, the steady light of the universe!