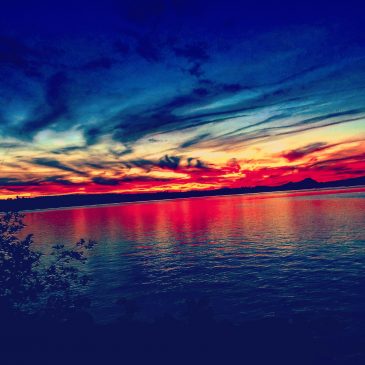 Martin Luther King Jr.’s dream that all men were created equal echoed the founding fathers of America. As opposed to the aristocracy of the Europe class system from which they came or fled, America would treat everyone as equal under the constitution.

“Now, I say to you today my friends, even though we face the difficulties of today and tomorrow, I still have a dream. It is a dream deeply rooted in the American dream. I have a dream that one day this nation will rise up and live out the true meaning of its creed: ‘We hold these truths to be self-evident, that all men are created equal.’”

—From the March on Washington

So as the immigrants poured into our country, John Locke’s idea of one man, on piece of land, one vote seemed the very essence of democracy. And as long as each town provided a one-room schoolhouse, local definitions of an equal education survived as the early form of the education part of the dream.

Today, it would be easy to characterize American education as a conveyor belt where students receive a chopped up, factory-model, education. “It is also used to suggest the structure and look of American schools hasn’t changed in 100 years as Secretary of Education Betsy DeVos has in tweets and speeches.[2] Educational historians such as Jack Schneider[3] and Sherman Dorn[4][5] describe the phrase as misleading and an inaccurate representation of the development of American public education” (from the Factory Model School). We all tend to shorthand the state of public education into easily recalled phases, but it is important to re-examine the role that “factory-model school” phrase has to the overall education goal of creating schools that provide access to a quality education for every child. Is this the dream?

In order to bring clarity to a complex conversation, what are the guiding words and phrases that more accurately describe the historical tensions of the dream of the American education system? Are we equal in the education system’s eyes? Are we providing an unequal education by factory-like diagnostics and tracking students by their ability? Do we ration better education situations at academies or exam schools, only to dump the rest of the population into an assembly line of teacher-proof curriculum?

More than 120 years ago, The Committee of Ten (1893) led by then President of Harvard, Charles Elliot, offered one part of the conversation about the dream, couched in the familiar-to-us-today concept that every student should get a quality liberal arts education:

From Eliot’s perspective, high schools fulfilled the promise of equal opportunity for education by insisting that all students take the same types of rigorous academic courses. While the Committee of Ten did suggest different programs of study for high schools (for example, programs specializing in classical languages, science and mathematics, or modern languages) and introduced the concept of electives to American high schools, its guiding principle was that all students should receive the same high-quality liberal arts education.

In Eliot’s definition was the principle of opportunity as defined by access to the best, most rigorous curriculum and that would result in all students going to college.

In contra-distinction to everyone getting the same rigorous liberal arts education, another national group—this time made up of education professors rather than university heads—recommended a more flexible approach where high schools would offer courses matched to diverse students and their individual abilities.

Thus focused on high school as an increasingly independent entity, the Cardinal Principles team endorsed a new institution, the “comprehensive high school,” which would offer students a wide array of curriculum choices. As we know now, the Cardinal Principles team won.
And they won because supporters of comprehensive high schools defined equal education as equal access to different and unequal programs.

So opportunity’s definition seems to vacillate—that is to swing back and forth in an unsteady manner—between the reality of the students you educate and the lofty goal you set for your curriculum, standards and school. Setting lofty goals and failing to implement given the population you want to educate may be part of the answer to why schools seem to fail, but it may also be part of a reflection on the part of education boards everywhere, that expectations are high and money for schools is limited by taxes.

Scientific Management of the Factory Model

The factory-model thinking is more representative of the rise of the American industrial way of thinking rather than it is derogatory of schooling. It became popular to discuss everything in terms of that metaphor.

The most prolific user of this analogy was Ellwood Patterson Cubberley. He saw the logical, methodical approach of scientific management as a way for public education to adapt to influxes of immigrants, white female students, and Black American children that were entering into the system and ensure the best outcomes. Cubberley wrote numerous guides for school administrators as well as a history book and was one of the most widely read educational authors of the 1910s and 1920s. He frequently used the metaphor of school as a factory and it’s not uncommon for modern day authors to take his and his contemporaries’ comments out of context.

It would be a mistake to use the factory model thinking as the reason for school failure alone! Not only was it culturally common to use this type of metaphor all over America, it was also common to set up systems that have helped students in every years since the industrial revolution. And the failure of some parts of the American system is as complex as the people who attend our schools. In fact, our schools are more a reflection of our society than anyone is comfortable admitting. Which brings us back to the American dream.

Education in America may always look like a factory, but the factory is just a metaphor for the comprehensive high school and the system of moving 50 million students through its K-12 classrooms.

But schools are not factories, even if they appear as such with their lines of desks and regimented bell system. Education is a concept that is realized not just by the desks in rows but also by the human act of educating. Lest we forget on this most important day of remembrance, Martin Luther King Jr. was convinced that education for all children could be the great equalizer, the bringer of light to all people, and the focus of the mind on what matters most:

King graduated from Morehouse College in 1948 with a Bachelor of Arts degree in sociology. It was at Morehouse that Martin Luther King was exposed to the writings of Henry David Thoreau. King was inspired by Thoreau’s essay on Civil Disobedience, and it started the momentum that would one day the landscape of our society.

Injustice anywhere is a threat to justice everywhere.

Our lives begin to end the day we become silent about things that matter.

The dream of America is the ongoing work to make it better, through our interactions with each other, and through our community actions to create a better society through education. If we are to be more free, more equal, more unified, it will take our work together as a people, which will eventually be reflected in the schools we build and run. The true dream has yet to be realized and there is much important work to do. Let us continue to walk that path together, hand in hand, toward the light that shines on things that matter.

PrevPreviousAccess and Equity
NextSchools are An Accurate Reflection of USNext