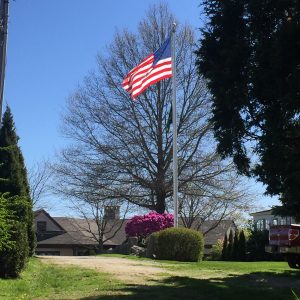 Education has so many goals that it is hard to imagine accomplishing all of them. From goals such as honing our student’s ability to marshal a cogent argument, to using performing assessments that more accurately capture their thinking—the stated or implied goals of education can be overwhelming.

However, in troubling times, the need to rely upon our education and the pressing need to strengthen the way we accomplish the goals of education become urgent. At these times I often refer back to Lincoln and his important words for preserving the union, for guidance during times of uncertainty and for comfort and hope for a future union.

“Four score and seven years ago our fathers brought forth on this continent, a new nation, conceived in Liberty, and dedicated to the proposition that all men are created equal. Now we are engaged in a great civil war, testing whether that nation, or any nation so conceived and so dedicated, can long endure. We are met on a great battle-field of that war. We have come to dedicate a portion of that field, as a final resting place for those who here gave their lives that that nation might live. It is altogether fitting and proper that we should do this.

But, in a larger sense, we can not dedicate — we can not consecrate — we can not hallow — this ground. The brave men, living and dead, who struggled here, have consecrated it, far above our poor power to add or detract. The world will little note, nor long remember what we say here, but it can never forget what they did here.

It is for us the living, rather, to be dedicated here to the unfinished work which they who fought here have thus far so nobly advanced. It is rather for us to be here dedicated to the great task remaining before us — that from these honored dead we take increased devotion to that cause for which they gave the last full measure of devotion — that we here highly resolve that these dead shall not have died in vain — that this nation, under God, shall have a new birth of freedom — and that government of the people, by the people, for the people, shall not perish from the earth.”

We are Created Equal

Twelve score and three years ago, our fore-fathers invented a remarkable democracy based on the most important idea of the time—that all men are created equal. Our union was founded on equality. Since that time we have enlarged the idea of “man” to include more than just the free men of that time, but also all women and all previously enslaved men. The implications of this enlargement, to include everyone, is something we struggle with today. Our schools are reflective of that struggle.

Bliss Copy. “Ever since Lincoln wrote it in 1864, this version has been the most often reproduced, notably on the walls of the Lincoln Memorial in Washington. It is named after Colonel Alexander Bliss, stepson of historian George Bancroft. Bancroft asked President Lincoln for a copy to use as a fundraiser for soldiers (see “Bancroft Copy” below). However, because Lincoln wrote on both sides of the paper, the speech could not be reprinted, so Lincoln made another copy at Bliss’s request. It is the last known copy written by Lincoln and the only one signed and dated by him. Today it is on display at the Lincoln Room of the White House” (http://www.abrahamlincolnonline.org/lincoln/speeches/gettysburg.htm)