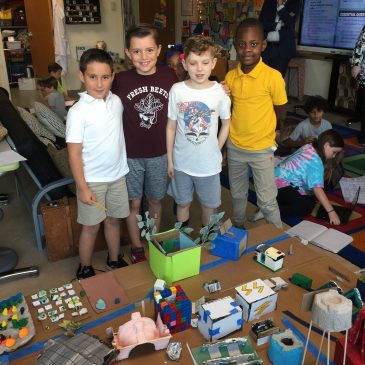 You’re a Genius All the Time

The title of this piece is also the title of Jack Kerouac’s (2009) book, You’re a Genius All the Time; Belief and Technique for Modern Prose.

“In the 1950s Allen Ginsberg asked Kerouac to formally describe his ‘spontaneous prose’ method, resulting in a list of maxims called Belief and Technique for Modern Prose.”

Jack Kerouac’s answers, published after his death, pushed readers to understand the vast scope of Kerouac’s landscape in his mind about what he could write about….anything and everything he could think of! What if the school we want to build in the future had this as its goal: Let’s help every student have the confidence in their own ability to create, to write and to live their own genius life!

In thinking about Kerouac’s writing, especially his focus on the road of driving and his ability to give that road such life on the page through spontaneous writing, my focus on how to make schools work for all children continues to evolve—from schools that narrow their curriculum to schools that widen their curriculum—from schools that force students to study a narrow slice of English and History in order to pass standardized tests to schools that ask students to integrate all subjects (including Science, Technology, Engineering, Arts and Math, aka “STEAM”) by completing performance assessment projects that draw on a wide range of their learning. I know this is a leap, but it is very important to start making this change to schools now.

As I was watching, “Captain America; Civil War,” the superheroes are arraigned against each other, each using their own superpower against the other superheroes. Vengeance drives their civil war, much like bad schooling reflects our social wars today. None of them have the same powers and neither do our kids. Each superhero has a unique power, but they all share compassion and empathy that are ironically displayed throughout the movie, foreshadowing their understanding and agreement later in the movie.

Imagine a school for all of them, for all of their strengths and weaknesses. What would it look like? What school could we invent that would teach them how to increase their individual powers while improving their challenges? How could we support their individuality and their sense of community and test for that through better assessment, such as performance assessment where students demonstrate what they know and can do? How can we talk to all of them as a cohort of students who are ready to learn rather than ready to burn each other?

The spontaneous prose of Kerouac and the superpowers of each of our students intertwines with the role of schools in creating mastery. A book by Robert Greene, Mastery (2009), emphasizes how mastery was created by some of history’s greatest minds, but it also yields some ideas for the future of schools that focus on the intuitive mind.

The intuitive mind is a sacred gift and the rational mind is a faithful servant. We have created a society that honors the servant and has forgotten the gift. Albert Einstein

Fuse the Intuitive with the Rational

Schools have for years focused on the rational part of curriculum, on the rational use of logic, on the rational discussion of persuasion. The intuitive part though is very present during education and may be one of the keys to moving forward with schools that better serve more students.

“All of us have access to a higher form of intelligence, one that can allow us to see more of the world, to anticipate trends, to respond with speed and accuracy to any circumstance. This intelligence is cultivated by deeply immersing ourselves in the field of study and staying true to our inclinations, no matter how unconventional our approach might seem to others. Through such intense immersion over many years we come to internalize and gain an intuitive feel for the complicated components of our field. When we fuse this intuitive feel rational processes, we expand our minds to the outer limits of our potential and are able to see into the secret core of life itself. We then come to have powers that approximate their instinctive force and speed of animals, but with the added reach that our human consciousness brings us. This power is what our brains were designed to attain, and will be naturally led to this type of intelligence if we our inclinations to their ultimate ends.”

A Vision of Mastery for All

“Mastery is not a function of genius or talent. It is a function of time and intense focus applied to a particular field of knowledge.”

Perhaps we could move to new forms of schooling if we thought of our students as genius all the time, integrating common core and all other subjects including the arts, performance assessments that highlight and reveal individual excellence, and celebrating students working hard to apply their intuition to attain mastery.

PrevPreviousMemorial Day
NextMusic Give Soul to the Tenor of Celestial SoundsNext