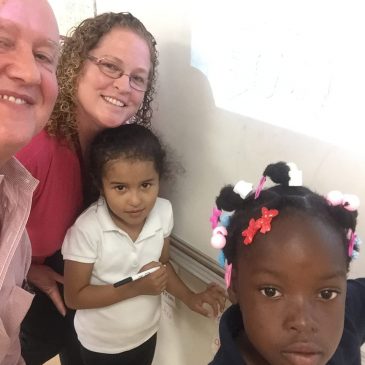 The Structure of School Change

In the last blog, we followed the thinking of Marc Tucker, the past head of NCEE, and his writing in Marc Tucker’s Blog. He argues for high-performance systems that need to be studied and copied as our own system for educating no longer performs at a high-level. I commented:

“As an example of how this might work in the future, consider the use of creativity in schools. Motivating students to learn by asking them to do more than memorize—and actually create and construct new knowledge is the next system challenge. Asking students for creative solutions to problems would both motivate them to learn and require much more rigorous work. An example of how this is not happening is when the Common Core was rolled out, hardly any teachers in America were taught well how to use it well with their students. Then, we decided to measure it with old standardized tests that emphasize coverage instead of higher-order thinking skills. No change to our educational system has resulted from all of these years of these types of reform.”

Failure of the Old Paradigm

The system of education in this country, called the factory-model, delivered as standardized content and measured by standardized testing, is not working and the research of educational outcomes is not finding any system-wide success. Most importantly, there are increasing anomalies that threaten the current paradigm and call its usefulness into question. Those anomalies are the increasing diversity of students, the increasing diversity of their learning styles, the increasing content for any discipline which calls into question mastering that domain, and increasing anomalies in the need to integrate the learning into useful knowledge for solving today’s problems.

The Structure of Scientific Revolutions

What if the last twenty years of school reform, and research of those reforms, has produced little change, no significant insights into student learning, and no increase in student performance? The old paradigm of education research is threatened…as Kuhn suggests…

Phase 3 – If the paradigm proves chronically unable to account for anomalies, the community enters a crisis period. Crises are often resolved within the context of normal science. However, after significant efforts of normal science within a paradigm fail, science may enter the next phase.[15]

Phase 4 – Paradigm shift, or scientific revolution, is the phase in which the underlying assumptions of the field are reexamined and a new paradigm is established.[16]

“Kuhn’s insistence that a paradigm shift was a mélange of sociology, enthusiasm and scientific promise, but not a logically determinate procedure, caused an uproar in reaction to his work. Kuhn addressed concerns in the 1969 postscript to the second edition. For some commentators The Structure of Scientific Revolutions introduced a realistic humanism into the core of science, while for others the nobility of science was tarnished by Kuhn’s introduction of an irrational element into the heart of its greatest achievements.”

We in education have never had a problem with the melange of sociology….we face it daily. Students are not science problems. Their way of learning is more important than we currently understand. If we can take the fear out of learning processes meant for older generations, we can clear a path for better learning from every student. The current system of learning doe not take into account for their individuality, for their social and emotional feelings, and the ideal environments for their learning which include less fear, more creativity, more support for their thinking and more engagement of real problems needing to be solved.

What is missing from the old paradigm is a way to pull this together through interdisciplinarity. The world’s problems won’t be addressed by old paradigms of learning algebra in the abstract, but rather, in new paradigms that help students learn when algebra has to be integrated into society’s problems. Interdisciplinarity includes the ability to compare and contrast across domains, seeking understanding of the underlying causes of problems, the careful construction of the right problem to solve, etc. In fact it almost seems that the need for a properly educated student hasn’t changed. What needs to change is to let go of an old system for educating students in batch-processing ways, and inventing new forms for educating students where their creativity is valued, where their interest drives the learning content, and where we measure their success in much more authentic performances that directly relate to them as learners and to the real problems society faces.