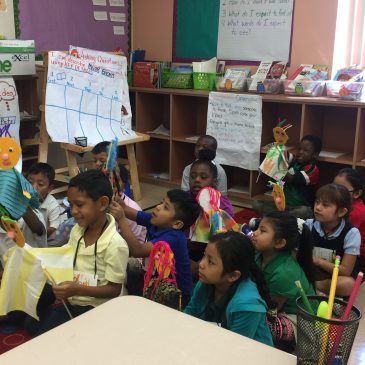 Last night on 60 Minutes, Seattle came into sharp focus on the rise in homelessness. We learned that homelessness is the general term, but to the agencies working on homelessness, the name for these homeless living in tent city number 3 under bridges and next to highways are unsheltered. The unsheltered have grown to around 5,000 in Seattle and some of them have jobs. As I watched this segment, the underlying issues are many, but one issue that is critical is affordable housing.

Seattle’s Success is Part of its Failure

So, how is this anything but a failure on the part of the homeless to secure a job, and affordable housing? Hidden behind the story of Seattle’s success in the rise of Microsoft and Amazon, in the booming nature of a lovely city by Puget Sound, and the attraction of many middle class to experience this vibrant city, is the tension between the success of a growing city and the lack of affordable housing it needs. It is almost as if the success has pulled the social fabric away and revealed a gap that we now call affordable housing. Is affordable housing really a thing to pay attention to?

In her uniform, you’d never know she too is unsheltered. She lives in a rickety old RV parked by the side of the road, which meets the government’s definition of homelessness. More than 2,000 people in the Seattle-King County area live in some kind of vehicle. Emilee Broll’s Dodge Commander is 42 years old.

Anderson Cooper: Why are you living in an RV?

Emilee Broll: Because rent is obscene here. I can’t afford it. I just think I’m working my butt off. And I don’t want to just spend all of my money paycheck to paycheck just to survive.

Anderson Cooper: Given the work you do, I think most people would think, “Well, that’s a job that one can live off.”

Emilee Broll: Yeah. I think a lot of people are shocked when they find out that I’m– I work full time.

So Amazon said it would provide a homeless shelter inside of its headquarters. It will be run by Mary’s Place who knows how to run this type of facility. Mr. Bezos has also committed many billions to this issue. But something went wrong here to the affordable housing market, or so says BusinessInsider.com. After Amazon came to Seattle, median rent increased 42% compared to 18% nationwide. BusinessInsider also says that:

“…homelessness has risen by 9% each year since 2014. The new shelter will house 275 people each night. However, Amazon was “instrumental in repealing Seattle’s “head tax” which taxed employees of companies earning more than 20 million a year. Money from that tax would have gone directly to housing and homeless services.”

Building a shelter inside of a huge corporate facility may not be the answer I was looking for but it is a magnificent gesture. The solution I was looking for is to the obvious problem of affordable housing,, which does not exist. Perhaps the money could go to a more permanent solution?

What would it take to build affordable housing? A real education on how people live, what they can afford, and how much entry jobs pay. We could complain about the high-tech success, but what we really need to think about is the gap at the bottom of the housing market between what people can afford and what is available. And this is where teaching and learning come in. We hear of the purpose of education as to get a job, support a family, buy a house, live. But really, what jobs are available and what do they pay? This story reminds me of the terrible gap, not just the tension, but the gap between what is supposed success and what is real failure. What is the gap for what education can do for jobs, security, happiness? On this week after Thanksgiving, and in this time of giving, let us consider what we need to give our selves and our communities. What gift of reality could we give our selves for what education can do, and what society can do to make education more meaningful. Affordable housing may be one of those gaps that we need to close educationally, physically, and metaphorically, for our real success. Real education may also need a gift of reality so that we do not send students out with false hopes. Closing these gaps may help us to educate more truthfully.