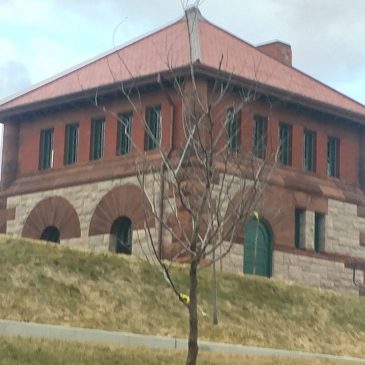 In the New York Times last Sunday, Michael Sandel, a government professor at Harvard University, wrote an article entitled “The Consequences of the Diploma Divide” (September 6, 2020, NYT Sunday Review). His argument is that instead of getting more people to college, we should honor their work, rather than their educational attainment.

Now this does seem ironic coming from a Harvard professor. His navigation to the Ivy League he says might be the result of the harsh ethic of hard work, and that hard work may be the foundation for looking down on those of us who do not hold an educational credential. “Credentialism” he says is where poorly educated people were more looked down upon than other races, other genders, other countries, etc. But even more ironically, the elite college professor defends not getting more degrees, but honoring the dignity of work.

Those who do not hold a college degree do not end up in Congress and this sets up a natural divide between government and about two thirds of the rest of the nation. And he argues that, “the notion that the best and the brightest are better at governing than their less-credentialed fellow citizens is a myth born of meritocratic hubris.” Which brings up the role of educating a country and deciding how much schooling to make mandatory and how much schooling to offer only to those who can afford it.

In the National Center of Educational Statistics (NCES), there are lots of charts and graphs detailing the percentage of students in our country who get a high school diploma, go on to get a two-year college degree, a four-year college degree or a masters degree. In the chart below, the educational attainment of a Bachelors degree is shown by race:

Can We Have Both?

As an educator I would argue that both increasing educational attainment and honoring those who are working are important. However, I don’t want to give up on the goal of educating more children and doing a better job. In fact I think these two ideas have always been linked. I feel education helps us to do a better job. With 94% graduating high school, and 9% holding a masters degree, 36.6% attaining a college degree is pretty low. I would argue that if 90% graduate high school, then 60% should earn some form of a college or a trade school credential.

Paying for the Diploma Divide

Perhaps one of the problems with credentialism is the frustration from un-equal access and that it only really belongs to the rich. Perhaps we have set up a system where the elite and only the elite are admitted to be credentialed? To combat elitism, why not have employers pay for all students to attend and attain a credential at the college level, the trade-school level, and even the masters level? And to make that more attractive, let’s assume high school graduates go to work, then their employers coordinate their access by giving them the time to complete their degree, and pay for their employee’s tuition? This work/school employee benefit could be offered for as much higher education degree programs as workers need. Let’s fold this employee benefit into government tax credits that companies can apply for and then we can support everyone in becoming credentialed at the level they need! Let’s get to work bringing back schooling to improve the dignity of work.