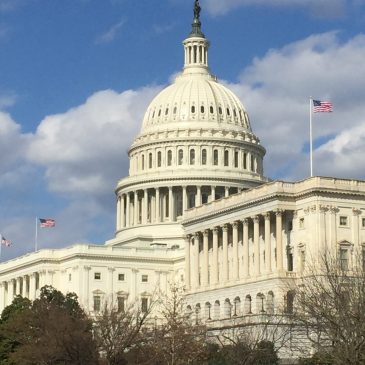 Martin Luther King Jr. was a most unusual leader. Inspired by his Christian beliefs, tempered by Gandhi’s non-violent approach, Dr. King lead a nation forward in attaining civil rights. He marched for our rights but he lead from a non-violent position, and his walk has inspired us to make a more just and equal society. We celebrate his life tomorrow and remember his contributions as so unusual in addressing the need for civil rights, the struggle for equal standing for all races, and a more just society. Where are our non-violent leaders today?

For 85 tense seconds on Jan. 6, Goodman tried to hold back dozens of rioters, according to the video, twice retreating up a flight of stairs. Police experts say he wasn’t fleeing, but luring the mob away from the Senate chambers, where lawmakers were sheltering and armed officers — including one with a semiautomatic weapon — were securing the doors.

What an unusual display of leadership: to lead others away from trouble, even others who are attacking you and our capitol. This one act of leadership is so inspiring that we can watch the video clip of his actions with wonder and admiration as it plays over and over again on TV. Thank you officer for your unusual leadership as an inspiration of hope in the face of a clear and present danger.

How unusual it is to see a rising star balance her leadership in politics, the law, and her own family. We all juggle these things, but imagine how hard it is to balance this as you are being tapped for the Vice President’s position!

When Kamala Harris is sworn in as vice president, she will represent many firsts: First woman vice president. First Black woman. First woman of Indian descent. But there is another milestone that will be on display: that of her family.

As Ms. Harris ascends to this barrier-breaking role, with her loved ones looking on, millions of Americans will see a more expansive version of the American family staring back at them — one that could broaden rigid ideas of politically palatable family dynamics or gender roles.

Kamala Harris is a most unusual leader for role in balancing an expanded version of an American family. She is a leader of firsts, a leader of the law in California, and a most unusual leader of this country as the Vice President—Elect. Her early childhood was filled with activism in Berkeley, California, the ability to play chess, and the knowledge that she was expected to play, to achieve, and to accomplish all of this well. She is now tasked with creating leadership that will help America heal in the aftermath of a divisive four years.

With face masks and other protective equipment at a premium right now, engineering teacher Matt Shields figured he could help by designing and printing 3D face shields for his friends and former students working in healthcare.

Since then, word got around, and Shields has now made hundreds of face shields for healthcare workers right in his high school’s engineering department.

“Something I tell my students…. in my engineering class is that the job of the engineer is to make the world a better place,” said Shields. “They’re helping me with some of the design and optimization of some of this equipment and they can know that they’re tangentially connected to something really important.”

Making the World a Better Place

So the unusual leaders we have all around us—from MLK to police, from politicians to teachers—are the ones we need right now to make our world a better place. These are the people we should celebrate on MLK day. These are the people who make a decision that drives an improvement that benefits others. How lacking the leadership has been in the last four years, and how needed is the unusual leadership we need now to heal, to fix, to grow and to improve? This is the time and this is the day to ask for our unusual leaders to step forward. This is the time for us to support the healing, discard the violence, and to reach across the aisle and shake the hands of the better natures of our selves. We must make the communal agreement on this day to make the world a better place.