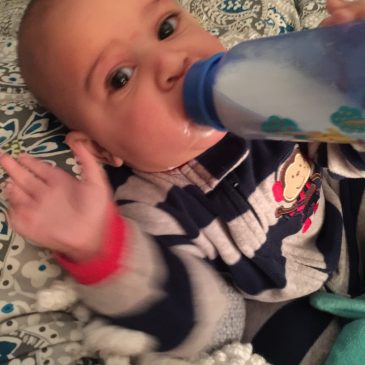 Can Teachers Improve Students in Poverty?

27 million parents of K-12 school-age children struggle to bring in enough money to fully sustain their family. When their children struggle to eat well, sleep well, and begin to feel unsafe their ability to learn well can be compromised. Students who arrive hungry don’t learn as well as other students. Disadvantaged students can suffer from poverty, learning disabilities, and schools that cannot help them. What can we expect teachers to accomplish against an overwhelming tide of impoverished students?

So Many Disadvantaged Students

Of course parents and teachers work to ameliorate these disadvantages and students usually improve their learning with extra help, but the general way of understanding disadvantaged student learning and the over-generalized way of ameliorating these learning difficulties is the largest educational challenge facing America today. Half of our student body of 52 million K-12 children represents the highest percentage of disadvantaged students of any nation in the world.

Poverty is the most common of all of these disadvantages—hunger, inability to read, early childhood trauma, COVID-19 distress. Poverty is shared by so many of the students in the United States that in 2016 a quarter of our students, maybe 13 million says the National Association of Secondary School Principals, attended high-poverty schools (NASSP, 2021) and the National Center for Education Statistics reported that 27 million, or 52% of students nationwide qualified for “Free and Reduced Lunch” (F&RL) in 2016 (NCES, 2021).

Federal Government support suffers from this moving target definition and has not moved the needle on poverty in 60 years. But from some point of view, our country is more successful in those 60 years, right? If you are a family of four, two adults and two children, the definition of your poverty level means you only have an income of $27,131. Could this be right? And if you are living with six people, and four of them are children, the official poverty level is $35,674. These cannot be the real levels as it costs much more to live than these thresholds.

Multiple Definitions of Poverty in Society

Although schools do a good job of including as many students as possible in the category of free and reduced lunch (F&RL), the definition in our society has many meanings, and often includes less than a quarter of our population, leading to confusion and a lack of targeted responses to make a real difference. For example, on the internet, these are the three definitions that come up when you search on google for “poverty:”

The U.S. may not be united on the definition of poverty, but our nation is united on what it means from a neighbors’ point of view: inferiority. This feeling that you have somehow not measured up to society’s expectations is clearly communicated across all levels of society and is a huge driver of hate, shame, and division in our country. The amorphous definition of poverty traps our society into thinking that we cannot adequately address poverty because we cannot adequately define it. Poverty is a moving target and inherently not fixable and you are inferior.

Schools have often been involved in the fight against poverty, but the resources we allocate to teachers to implement teaching strategies to address poverty—poverty of food, poverty of confidence, and poverty of imagination for example—are non-existent. Why do arts teachers who emphasize creativity somehow reach our most vulnerable and disadvantaged students? Because when you ask any student for their creative input, their engagement goes way up, and they often transition out of trauma protection mode and into learning mode. But our teachers and teaching artists are no match for the reality of the impoverished home environment and the resulting retreat of student risk. Students are not at risk, we are at risk of losing our students.

Let’s look for some solutions to this. One set of solutions is nicely organized in a documentary on reducing poverty:

“This important documentary makes plain the urgent need to strengthen early childhood education in America. These early years are the bedrock for brain development and educational success. The lack of affordable, quality childcare is now reaching into working- and middle-class families as well, worsening inequality and endangering the country’s continued greatness.“

Proven programs like high-quality early care and education and the Nurse-Family Partnership can help buffer the effects of poverty. But if we really want to improve life prospects for poor kids we need to reduce the number of poor kids. Which means increasing their families’ incomes.

There are many ideas for doing just that. While economic growth has disproportionately benefited high income groups while leaving low-income households behind, here are nine proposals to improve opportunity structures and increase the incomes of poor people already in play:

PrevPreviousHow Can Schools Become More Nimble?
NextDo Our Teachers Look Like Our Children?Next