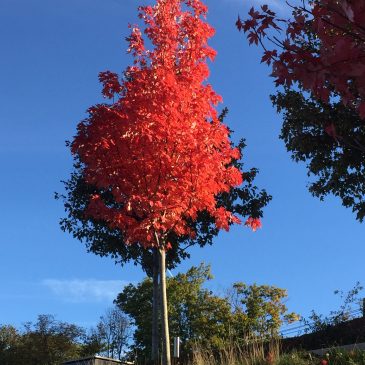 When Teaching Matters and Student Learning is Enhanced

The Efficiency of Studying Two Subjects

Inside a larger discussion about the system of education in the United States is a discussion about the subjects that are offered in every curriculum. The liberal arts are represented by subjects like English, math, history, social studies, science, languages, arts and physical education. The commonly held definition of an education in K-12 schooling in America generally includes exposure to all of these subjects with an emphasis on “reading, writing and arithmetic.” With the rise of testing and the use of tests as accountability measures of learning, the emphasis on the English and Math portion of the liberal arts has been re-affirmed and intensified. The Common Core curriculum which is widely used nationally reinforces the concentration of student focus on these two subjects and a reduction of focus on the rest of the liberal arts. This represents an age-old agreement, from an efficiency perspective, that narrowing the curriculum will produce better educated students.

No Change In Test Scores

Unfortunately, narrowing the curriculum has not produced a change in test scores nationwide for many years.

Over the last 17 years of federal policy under the no Child left behind law and now under the new law, student test scores have remained flat on a national basis. The standards era—approximately 1995-2017—movement started in the 1990s with Lou Gerstner and IBM and has resulted in a widespread corporate interest in how education works. This interest is a natural outcome for companies who want to hire people who are well educated. In reviewing the educational system from a corporate point of view, the theory has been proposed, that what matters in corporations also matters in schools. And at some general level I think we could all agree on this.

But the actual alignment of what happens in school and what happens in corporations depends on a much more skillful analysis of the role of education in the outcome of being prepared for work. in fact the demands of the workplace when they include low level skills are actually being eliminated through the use of robots and machines. Corporations need highly skilled workers. The workplace actually needs more skillful workers who know how to integrate and apply their skills. This is why there are two movements in education that deserve our attention—one that is STEM education where science, technology, engineering and math are more fully integrated and the other one that is the subject of this blow, is the use of the arts in integration across the curriculum.

Arts Integration as  a Bridge to Learning

The work I have been associated with (Southworth, 2016) defines the use of arts integration not as a transfer skill but as a bridge to learning. The field of arts integration continues to argue with itself about the role of the arts in school and there are many good points and more research needed. But my work in arts integration has shown me that the power of the arts is not so easily reduced to skill sets that transfer directly to other skill sets and is more about the complicated process by which learning is enhanced through the overlap of skills, not the transfer. My research in Rochester, NY found that arts integration helps students gain an academic advantage in a deliberate effort by students to improve performance through the overlap acquisition of skills such as elaboration, rehearsal of meaning, generation, enactment, oral production, effort after meaning, emotional arousal and pictorial representation (Rinne, 2011 #321). Here is a quote from the abstract of my latest paper on this:

The current research on integrating the arts into core curriculums has at least two implications for defining policy in arts education and school reform: [1] Disadvantaged students who experience quality arts integration in ELA and Math are likely to perform better intellectually and [2] teachers who experience job-embedded arts integration teaching strategies with their own students are more likely to improve their teaching practice. It is by deliberate practice, the amount of deliberate effort to improve performance through arts integration, that learning is enhanced and teaching matters (Southworth, 2016, Abstract; Hattie, 2012, p. 123).

The arts help teachers engage students in the important work of learning. This is when teaching matters and student learning can be applied across the curriculum and throughout the work place.