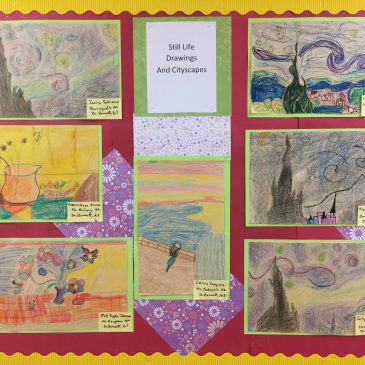 The Cost of Helping A Student In Poverty: Education and Arts Integration

A Student In Poverty

A child wanders into a classroom, slides through rows of desks, looks around her and slouches down in her seat. It would be easy to say that she is devoid of purpose, lacks motivation and needs a teacher’s help. She also needs help because she is poor and the very thing that might help her advance out of poverty is education. But learning is lower on her priority list behind getting food, sleeping in warm places, traveling safely in her neighborhood and surviving her home situation. Luckily, her teachers will help, but her status as poor will not help.

We have lots of anecdotal stories of students surviving poverty but the fact is that more than half of all Americans will experience poverty at some point in their life time and many will experience it when they are young and supposed to be learning. When you are hungry, working on skills can be dismissed as long term goals that don’t address the short term goal of getting fed. Most importantly, urban students may have the highest incidence of poverty but poverty is experienced in small cities, suburbs, and rural communities. Schools are on the front line of poverty and their first priority is learning.

Clearly, poverty extracts a heavy toll upon those who fall into its ranks, particularly children. Countless studies have demonstrated the physical and psychological health costs for children experiencing poverty.

In a study published in Social Work Research, we determined that childhood poverty cost the nation $1.03 trillion in 2015. This number represented 5.4 percent of the G.D.P. Impoverished children grow up possessing fewer skills and are thus less able to contribute to the productivity of the economy. They are also more likely to experience frequent health care problems and to engage in crime.

These costs are borne by the children themselves, but ultimately by the wider society as well.

An even clearer way of gauging the magnitude of these costs is to compare their total with the total amount of federal spending in 2015. According to the Congressional Budget Office, the federal government spent $3.7 trillion that year, meaning that the annual cost of childhood poverty represented 28 percent of the entire federal budget.

It makes sense to work on poverty from and economic and educational point of view, with policies grounded in rigorous research for the benefit of all children.

What is the Effect of the Arts?

We answered this call for more rigorous designs in disadvantaged populations with two Arts in Education Model Demonstration and Dissemination grants that supported our research in Rochester, NY, the ninth poorest big city in the United States.

This AEMDD-funded research uses a scientific, randomized, treatment and control design and establishes a logic chain of evidence between sustained teacher learning of arts integration teaching methodology in Common Core elementary classrooms and a variety of benefits to disadvantaged K-6 urban populations. The arts integration teaching strategies include the acquisition of skills for both students and teachers, transfer and overlap of skill sets resulting in long-term retention of content (Rinne, Gregory, Yarmolinskaya, & Hardiman, 2011), instructional improvement and increased student achievement for disadvantaged populations such as students at risk for achievement, language and poverty.

Turnaround Arts is a public-private partnership that aims to test the hypothesis that strategically implementing high-quality and integrated arts education programming in high-poverty, chronically underperforming schools adds significant value to school-wide reform (President’s Committee on the Arts and the Humanities (PCAH), 2014).

The argument that using the arts to help schools engage more students, strengthen their weaknesses and convey more skills to more students is also an economic argument to save the country money.

Our analysis indicated that for each dollar spent on reducing childhood poverty, the country would save at least $7 with respect to the economic costs of poverty. The New York Times.

The economic costs of poverty can be reduced and the education benefits can be increased. You don’t need arts teachers in every classrooms, although their visits will help. What we need in this country’s schools is to improve teacher learning by making new policies around job-embedded professional development where teachers can learn and sustain arts integration in every classroom.

PrevPreviousDream, Possibilities and Necessity of Public Education—AERA 2018
NextThe likelihood of Poverty and the Holes in the US Safety NetNext